And how does it control our eating?

“It’s very simple, and incredibly powerful. That’s the beauty of this hard-wired habit. The POWER of the Cravings Cycle lies in the fact that it’s actually created by your own sweet self.“

The Cravings Cycle is a holding pattern that consists of cravings followed by foraging, followed by more cravings, that will last forever if we’re not aware of how it affects our day-to-day behaviour. So it’s power is immense. I’ve written a lot in the past about the nervous system, and the little gland that runs our Fight or Flight reactions. It’s called the amygdala, and it’s the most dominant gland in the brain…by a mile! Read this blog if you want to go a bit deeper into the physiology of how the amygdala triggers cravings, but for now I want to concentrate on the out-of-control eating pattern that so many of us live through day-to-day, and, more importantly, what we can do to break out of it.

Starts first thing in the morning, wa-ay before the first inkling of a craving even begins…

It has a personality that’s a scary mix of Cheerleader and Sergeant Major, all in one little sweet bundle. Her dialogue goes something like this- “What the hell did you eat last night??” “Did you really need to eat a 6 pack of crisps/ both packets of biscuits/ the kids’ lunchtime chocolate bars??” (Delete as necessary). Once you’ve finished with the third degree, the morning forensic investigation of everything you ate the day before, and how terrible you were- the Cheerleader will make her appearance.

Ever the optimist, and ready to make a strong, positive, determined resolve for today. Today will be different. “Today we’ll make up for all those calories over eaten from yesterday and try even harder to stay on track” “We’ll refuse all offers of goodies and be super-perfect today!”. While you’re at it, maybe you’ll have an extra little panic about the deadline you had for weight loss that’s now yet another day closer, just to add a little to the pressure and pain.

I know this doesn’t sound much like a cravings kind of conversation, and that’s because it isn’t, not right now. You’re free of the craving just right now, but this very conversation is actually setting it up for later the same day. Isn’t it interesting how we can have this conversation, in pretty much the same form, every single morning, and yet every day it feels like a new one? It’s like we don’t remember what happened the previous morning, or where that led to later on.

How can that be?

It’s because we’re not consciously having that dialogue with ourselves. It’s just a thinking habit, and we are barely running the programme while we race through it We’re in the middle of a routine that we play out every day. This part of the cycle feels optimistic, but unfortunately, we’re just responding to yesterday, not taking control for today…and there’s a big difference in those 2 choices.

By lunchtime (or around that time), the Justifier arrives, and she has such a different voice! She persuades, cooes and cajoles you into giving in to your cravings. because by now, they have arrived, with the predictability of the train timetable, they’re here. Ready for the next round of behaviour…the GIVING IN. Now this doesn’t normally feel too bad early on. The voice of the Justifier will say “I’ll just have a couple/ one can’t hurt/ she’s baked that just for ME!”. In other words, it doesn’t feel like there’s too much harm in a little bit. Unfortunately, once the craving has been triggered it will steadily escalate during the day.

By the time evening has arrived the Justifier’s voice is far more defeatist in her approach.”Well, I’ve failed today, so I may as well go all-out and then start again tomorrow.” Or…”I’ll just clean out the kitchen, and then once it’s gone, it’s gone- tomorrow’s another day”. On and on she goes. She’s very clever because she’s you, but she’s actually the voice of your cravings, loud and clear, and will carry your behaviour through till the next morning when the cycle will begin all over again.

If you could take a teensy step back for a second, you’d see that actually, you’re clearly not in charge here. Your thinking is not your own. It’s just getting you to act in a certain way. After all, if you were in control, you would hear your voice and she would say “No, I’m going to stick to my plan today!”. Whilst this may happen sometimes, it’s disappointingly rare. Because we’re not in control. The Cravings Cycle is running the show for us. Cravings drive a very specific behaviour called the REACHING mechanism. It happens at lightning speed, like a lizard catching a bug with it’s tongue. That piece of cake will be in our mouth before we’ve had time to even think about it! Have you ever had a moment where you’ve thought “I don’t want this!” and it’s going in anyway? Yes, that. That is your REACHING mechanism, triggered by your cravings.

How are cravings triggered?

Every single low calorie, weight loss diet that you can think of, has cravings written into the programme like a stick of rock…if you don’t eat enough in the day, you’re doomed to forage for rubbish later on.

Although it’s rare, we can suppress the REACHING mechanism for a little while, by some enormous force of will…. and boy, does it take it out of us! But it’s waiting. It’s in the post. The direct result of not eating enough, (or eating too much of the rubbish foods). Then comes the moment when we give ourselves permission to eat, (which, let’s face it, can be anything from actually achieving the desired weight loss goal, to The Day The Budgie Died!). The craving eventually takes over, and we inevitably fall back into that old cycle of over eating followed by calorie restriction, as we attempt to try and claw those pounds back off again. Clients often say to me that they were successful on such-and-such a diet, but then put the weight back on again (often accompanied by extra pounds too). I can’t see the success of that. In fact it’s depressing, demoralising, steals our years from us and erodes our self esteem…chipping away at it, one Cheerleader morning at a time.

How to break out?

The first step is very straightforward, and that’s to stop eating sugar and processed carbs. I realise that might not seem easy at first, especially if you’ve been trying to control sugar forever. Here’s a great tool for knocking out cravings to help you begin the process of taking back control. Use it when you feel the craving feeling arriving in your day…you’ll be surprised at how easy it feels to knock it out. You might have to use the technique a few times for the first few days, but keep on with it- if you persevere, the cravings will get easier to control through repetition.

After that it’s so simple it’s ridiculous…eat enough in the day! Literally- eat enough calories. Let your food be 50% of your therapy, instead of your enemy and watch what happens! If you get your calories the clever way, not only will you liberate yourself from the Cravings Cycle, you’ll actually LOSE the weight. If you want to know more about how to feed yourself properly and lose weight, take a look at this eating guide, and see what you think.

Email me: brigette@breakthrough-weightloss.co.uk if you’d like to ask anything about the eating guide. I’d love to hear from you, and be happy to answer your questions 🙂

Does an alternative feel like something worth investigating? By letting food be 50% of your therapy, you’re already halfway towards lifting yourself out that horrible craving cycle, and into comfortable self-control. It sounds quite undramatic when I put it like that, but I know how amazing it feels, because I created a toolkit of techniques to lose 4 and a half stone a decade ago. So I’m a veteran at this!

If you’re curious to know more about how I can help with the other half of your weight loss therapy, then the programme at the bottom of the blog will do the rest. It’s helped 1000’s of women just like you to kick sugar cravings, heal old self sabotaging patterns, find peace in their relationship to food, regain a natural inner self confidence, and move on! ( and it’s less than the price of a cuppa a day). 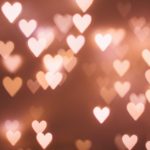 What is TFT, and how can it help you?Blogs
Can Low Carb Eating Help The Menopause?Blogs